Manual Deburring is the most common deburring process because it is the most flexible process. It also only requires low-cost tools and allows for instant inspection.[6] Manual deburring is either done with tools like scrapers, files, sandpaper, stones, and reamers or with handheld power tools that use abrasive points, sandpaper, or cutters similar to those used to deburr during machining.

Mechanical Deburring is in general conducted by means of mechanical abrasion during mechanical deburring processes. Several deburring tools including abrasive wheel, brush, or solid tools for direct installation at the machine–tool station. Commonly used on aluminum, steel and titanium. 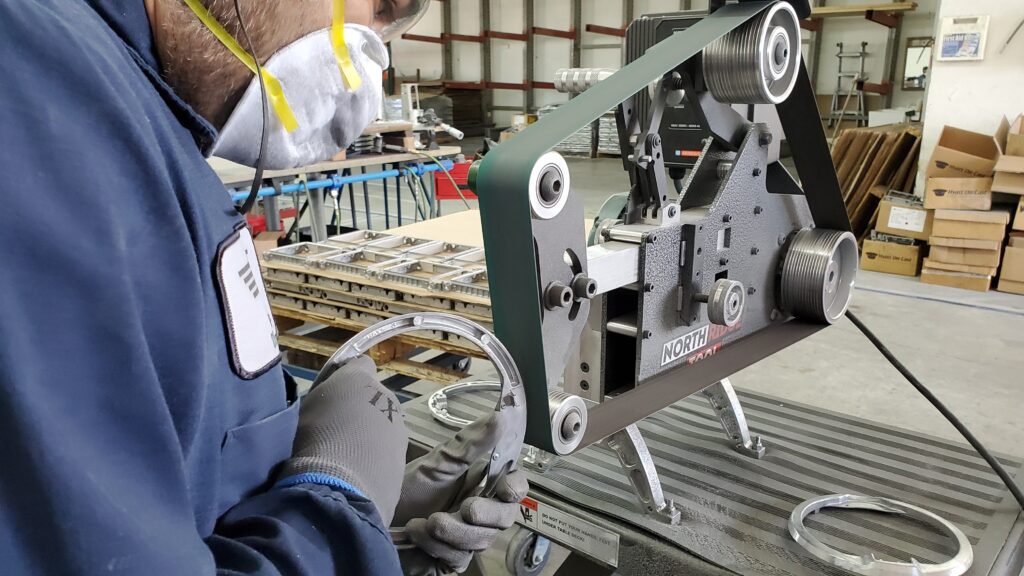 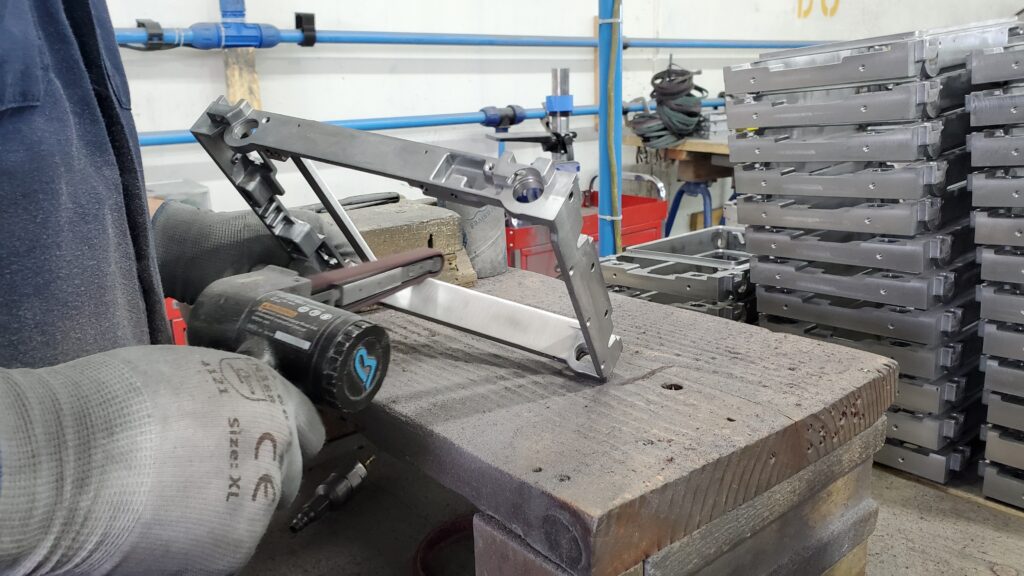 Diecast Deburring In the process of die casting, due to the factors such as the pressure impact and the lack of clamping force, burr is inevitable in die casting. In recent years, along with the die casting quality requirements are increasing day by day, the requirement of burr is much stricter and there emerge a lot of deburring ways. Manual, mechanical and thermal deburr techniques are popular in treating burr on diecast parts.

Thermal Burr (Deburring) is a process of removing burrs caused by production (due to milling, drilling, etc.) from various machine parts.  For this purpose, the workpieces are placed in a bell-shaped thermal deburring chamber which is hydraulically closed by a closing plate.  An accurately defined mixture of gasses is fed into the deburring chamber via a gas metering system and ignited by a spark.  The temperature of combustion ranges from 2,500 to 3,300 Celcius and rises adobe the ignition temperature of of the burr.  The excess oxygen inside the deburring chamber leads to a chemical reaction which vaporizes the burr completely, nearly instantaneously. 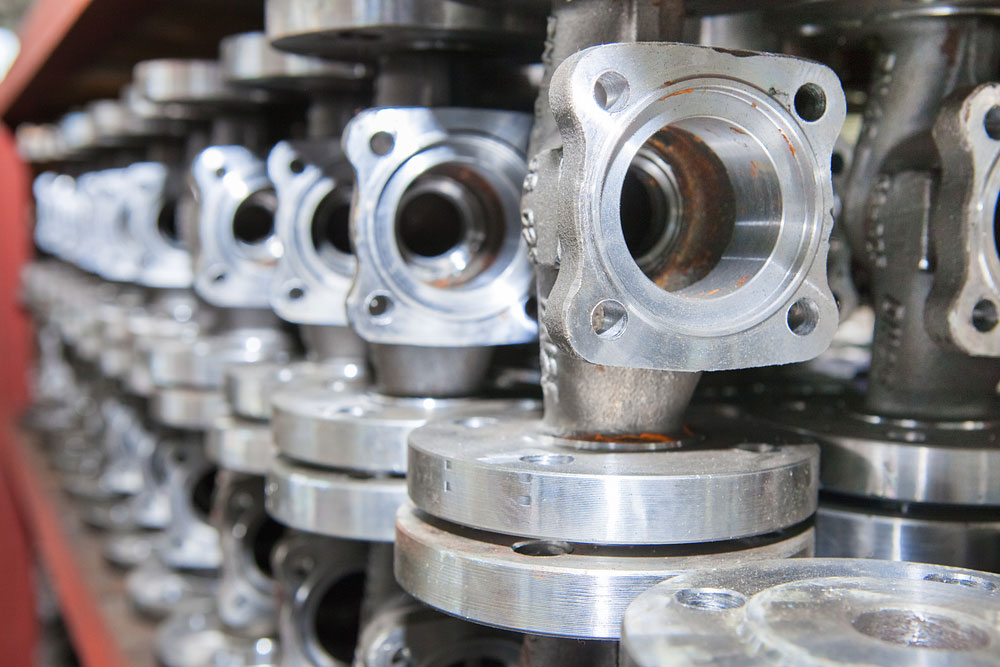 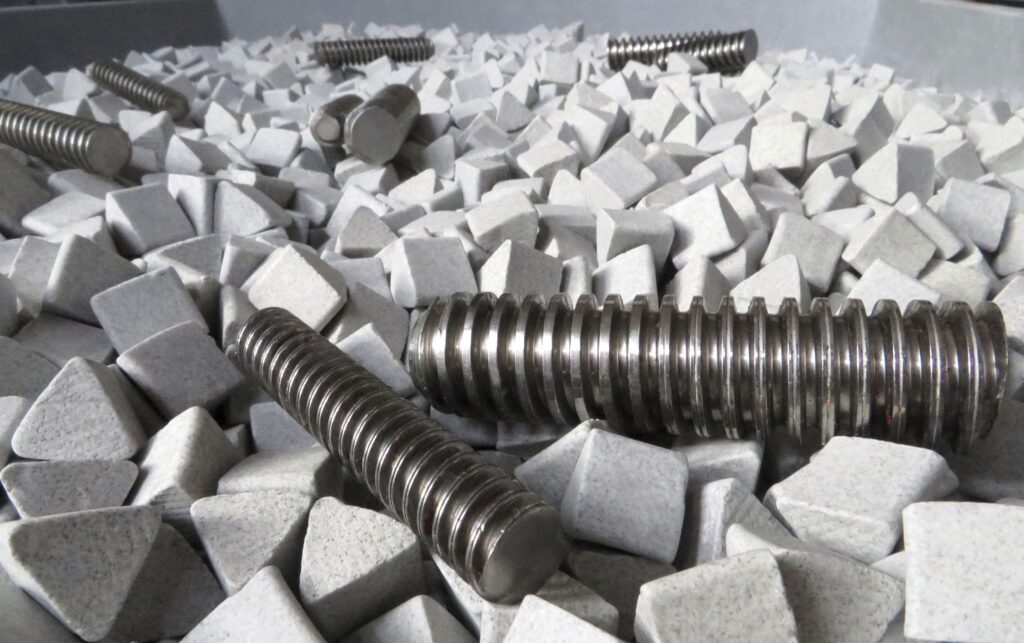 Vibratory (mass deburring) consists of placing parts, media, and compounds into a vibratory tub or bowl. The vibratory action creates a force on the parts causing media and parts to turn and grind against each other deburring or polishing a mass of parts. It can be used for applications such as polishing, cleaning, descaling, and surface preparation. Vibratory finishing service equipment configurations are commonly batch tubs, round bowls, or thru-feed machines resulting in a deburring or burnishing process that is unattainable by hand.

Tumble Deburring (mass deburring) process provides an action comparable to rocks tumbling down a steep hill. The parts are placed in a barrel along with water, abrasive media, and the proper compounding agent. The rotation of the barrel causes the media mass and parts to tumble down upon itself causing friction and thereby abrading the parts in the mass.  This produces a cutting action that results in a fast, efficient deburring of the part’s surfaces. 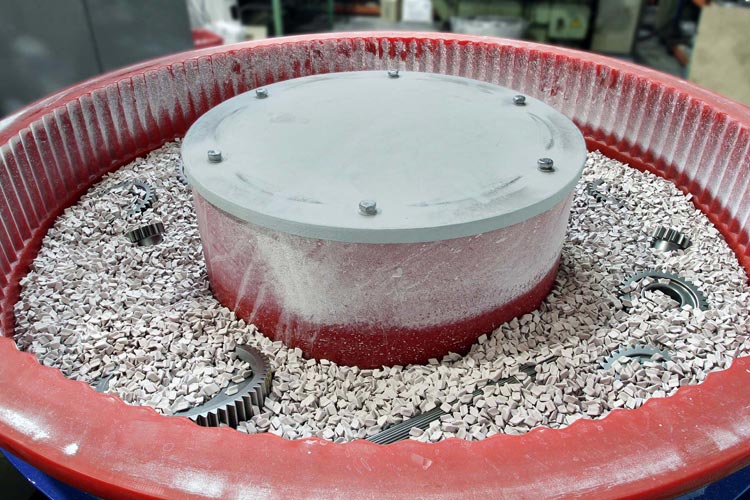